The Making of the Modern World (MMW) is a general education world history and writing program required of all Eleanor Roosevelt College students at the University of California San Diego.  MMW is offered on campus and abroad on Global Seminars.  MMW has taught 38 programs abroad (2008-2020) on six continents to more than 900 students.  In addition, in Academic Year 2017-18 MMW launched  MMW SERVES, which combines an MMW course with spring break service experiences, including in National Parks, Baja, Mexico, Catalina Island, and the Navajo Reservation. 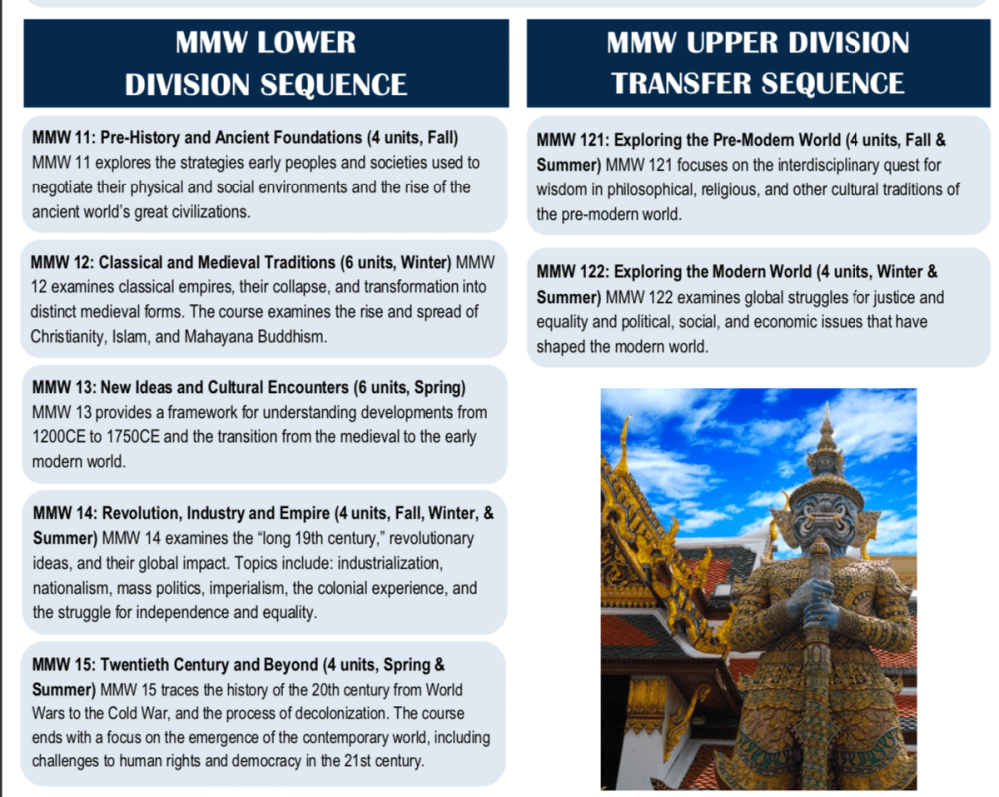 MMW was created with the inauguration of Eleanor Roosevelt College, then called Fifth College, at UC San Diego in 1988. The program has an academic year enrollment of approximately 5,000 (seats), a summer enrollment of 600, and is delivered through the efforts of 15 faculty, 6 PROFESSIONAL STAFF, and more than 50 graduate student teaching assistants.

From 1988 – 2010, MMW was a six-course series (numbered MMW 1 – MMW 6), which was revised into the current five course sequence in the 2011-12 academic year.   Fall 2011 also witnessed the inauguration of transfer-specific MMW courses, which at first were lower-division (MMW21 and MMW22), and in 2014 were adjusted to upper-division (MMW121 and MMW122), aligned with the upper-division standing of transfer students.